RICHARD BARRENO TALKS WITH THE BAND

Back in December 2020 Blues Weiser did a live interview with long time friend Richard Barreno.

Talking about the new video "The Fortuneteller", the bands future, the essence of the bands music, influences, how to keep going in this covid time, how we keep on creating new stuff etc.

With some cold beers and a nice fire we just went with the flow.

Richard has been going to a lot of the bands gigs, and he knows us personaly and wanted to do this interview for a long time.

I would just say PRES PLAY and hear it for yourself.

Interview starts after 58 minutes. (just look at the countdown)

Richard Barreno for the interview

Sergio for  the camara and technical work

Nataly and Nina for food and BEER

And TASTENATION RADIO for the LIVE Stream

Posted by Blues Weiser at 01:18 No comments:

Blues Weiser is back with a new official music  video, after a long time of working on the new album.
The song "THE FORTUNETELLER"is one of the tracks that will be on our new album "Obey the Booze"

The new album will be out soon

Because of the Covid-19 pandemic The band was unable to do regular live gigs. So instead focused more on new material and videos and of course the upcoming release.

Jozz is as we speak stil  busy with the mixing of the new album. And is currently working close together with Matt Lynch to do the mastering of the songs.

Bobysan has been busy with editing this video´s and is currently working on a new video and the web site.

Posted by Blues Weiser at 11:14 No comments:

NEW VIDEO from the song "Be Careful What You Whish For"

VIDEO "BE CAREFUL WHAT YOU WISH FOR"


The idea for the video was PARTY, so we started working out different ideas.
Jozz, Bobysan, Alex and the video director Denys had  several meetings and bit by bit everything came to pieces.
We decided to do a Karaoke Party so we could involve our fans in the making of this video.

First we needed to get the people in party mode so Bobysan and Jozz went shopping: 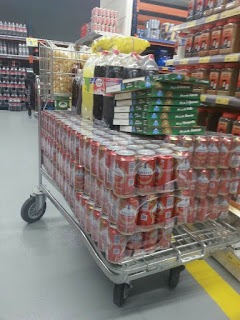 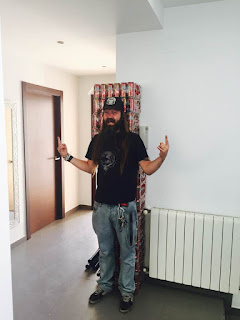 We started to prepare Carla`s house with llights, instruments etc etc
At this moment it was still easy to control everybody so we start shooting the first takes
Bit by bit people started to get the party feeling and the lyrics of the song.
After a couple of hours shooting we luckely finished most of the shooting as the alcohol level was rising and minute by minute chaos was breaking loose. 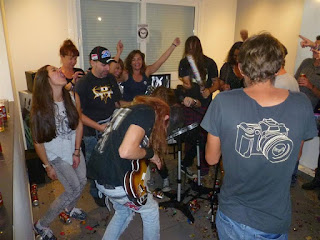 Maybe alcohol and making a video was not the best idea but we wanted it as real as it can get.
Well it did!!!!
Drinks on the walls, ceilling and floors, people doing whatever they felt like etc etc. 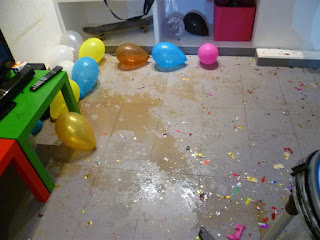 Blues Weiser wants to thank everybody involved in this project

Posted by Blues Weiser at 06:05 No comments: 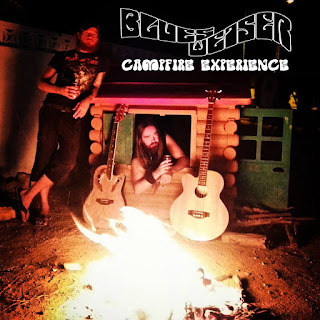 This acoustic format started in the beginning 2014, after the drummer of the band left. While looking for a new drummer, Jozz and Bobysan needed to keep performing live, and who doesn' t want to earn an extra buck.
They started writing some songs and learning some covers. (not the covers that all these coverbands play like "smoke on the water or high way to hell)
The picked out some covers and gave a personal touch to it.

The idea was to create a "campfire experience" where people would enjoy the music, but with a campfire family like feeling.
Soon they where invited to private parties and start playing in gardens, living rooms, terraces etc.

Jozz and Bobysan have been playing together over 7 years, and understand each other completely while playing songs and are able to create a different atmosphere at every show.

After "Alex" joined Blues Weiser he was able to ad the "Cajon" to the music. A perfect instrument to provide a solid rhythm and a Latin touch 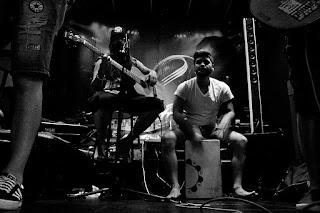 Campfire experience has grown in to a band that is really active, and when Blues Weiser goes on tour they can offer an electric or acoustic gig, this of course makes it easier to fill empty dates.


To listen to the purest form of Blues Weiser, the band is working on an acoustic album that they hope to release in the beginning of 2017

saludos bobysan
Posted by Blues Weiser at 06:31 No comments:

BLUES WEISER The Making of the video "Heavy on the Witch"

Blues Weiser needed a video for their new album "Booze for Blues" so they decided to use footage of a small tour they did in Spring 2016 to promote the album.

Our friend "Denys Martynov" was happy to take this task on his shoulders. 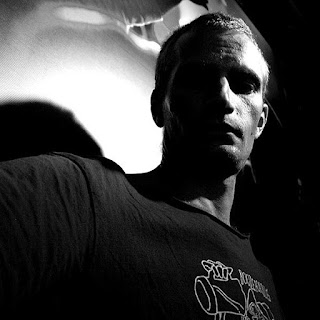 Denys Martynov (camara)
Denys who made pictures off the band over the last year, and was always ready for a new adventure.
After sharing ideas between Denys and the band they decided to use the song "Heavy on the Witch" for the first video.

Denys had a clear view of what he wanted, and the Blues Weiser trusted him in his vision.
Now it was up to the band to rock as hard as they could for the following gigs to get proper footage.

Most gigs took place in small venue's in the south of Spain between Valencia and Almeria.
We knew the lights in most of those venue's we're not going to be perfect for video footage but we wanted to be raw and pure. 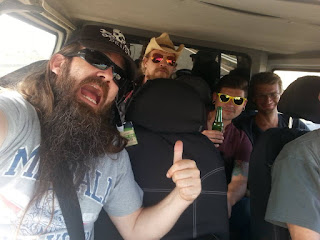 Blues Weiser and Denys
With "Eddy" on the steering wheel and a loaded van  Blues Weiser hit the road.
Denys tried to capture a bit of everything that happened on the road, not only the live performance.
As you can see in the video he filmed all, like signing records, the road trip through the Spanish country sites, loading the van, building up etc etc. 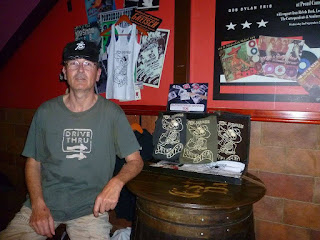 Coming back from the tour, Denys got all the footage together, and started working until late at a friends house (who has a more powerful computer), to get the basics of the video.
After some small changes Denys and "Blues Weiser" where happy with the final result and launched the video on the 2nd of august 2016. 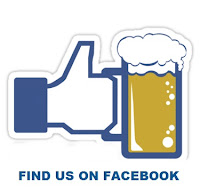 Posted by Blues Weiser at 14:50 No comments: 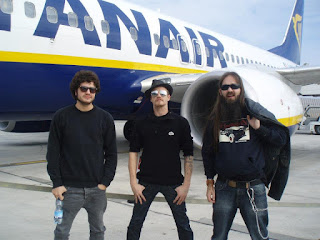 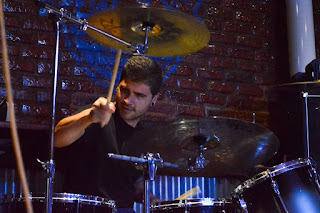 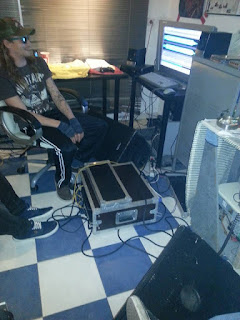 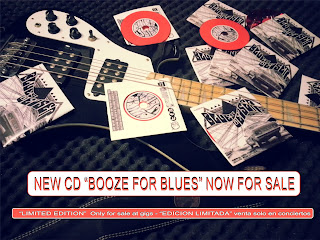 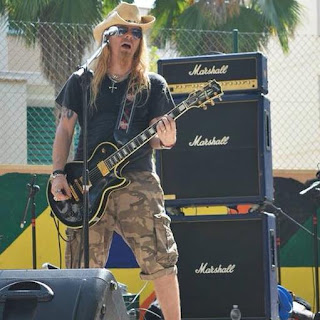 Posted by Blues Weiser at 06:41 No comments: